This genus of plants is made up of 3 species of deciduous trees or shrubs that are commonly seen in North America and across southern Europe. It belongs to the same family as Anacardiaceae also know as Rhus.

When you make a physical touch with the plant, it can cause contact dermatitis. Contact dermatitis is a type of eczema that causes the skin to become irritated and dry. Therefore, cotinus coggygria can be considered a pesky weed in many places. 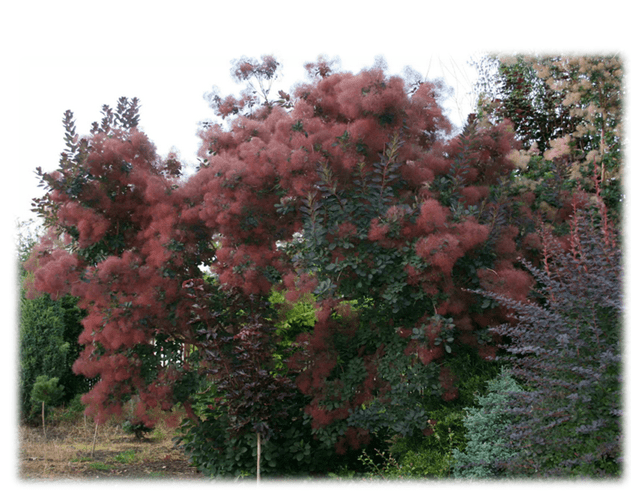 Albeit cotinus coggygria is a valuable garden plant that has a long season of interest.

During the summer you can witness this plant growing small flowers that are borne from long panicles. As a result, the flowers have a hazy appearance which gives this plant its name, Eurasian smoke tree or smoke bush.

When winter arrives, cotinus coggygria such as Velvet Cloak and Royal Purple begin to produce broad oval shaped leaves that are red, yellow, and orange in colour.

How to Grow from Seed

Smoke bushes can grow in a wide variety of soils and climatic conditions but grow best when there is lots of sunshine.

Like most trees from cool-temperate regions, smoke bush can produce vibrant autumn colors during the areas where winter is cold.

It is best to flame prune dead wood or straggly branches.

There are four main types of cotinus coggygria: 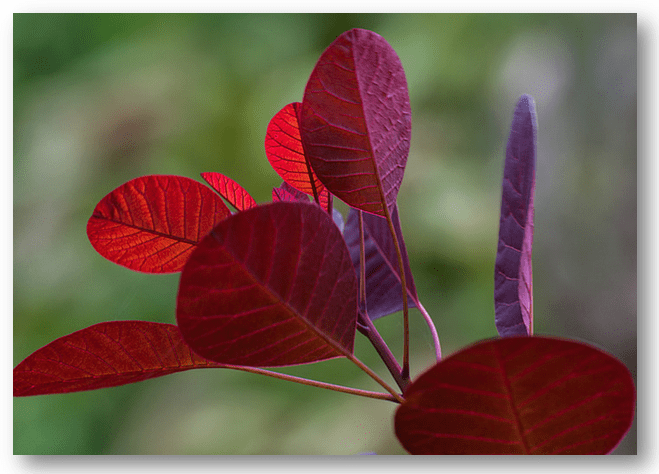 The cotinus coggygria is 15ft tall (4.5m) and found in southern Europe and central China. It is a rounded bush with broad oval leaves. It has many plume-like panicles, small bronze-pink flowers, and fades to purplish leaves in the summer. 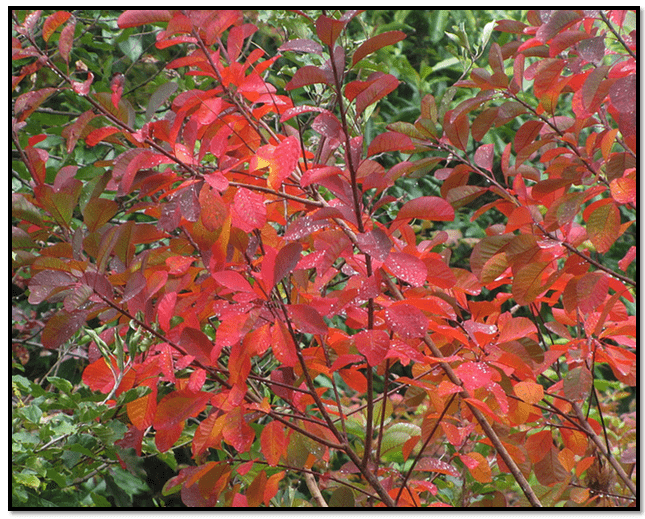 Cotinus flame is 16-19 ft (6-7m) tall. It is a hybrid combination of C. coggygria and C. obovatus. It produces large, fluffy, grey flowers in the summer and scarlet coloured flowers during autumn. It is slow growing and a round small tree. Large panicles grow during early spring and early summer. 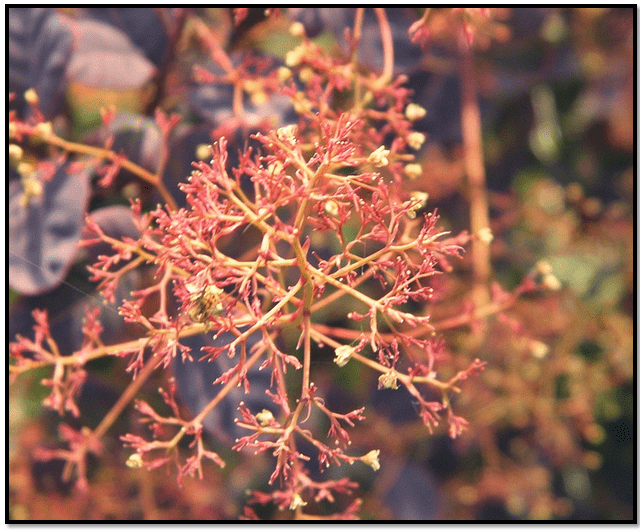 Cotinus Grace is a hybrid combination between C. coggygria, C. velvet cloak, and C. obovatus. It produces reddish purple leaves and greying plumes that give it a hazy smoke-like appearance. It is often grown for its large pink panicles. It is one of the best shrubs that can be planted in a perimeter for privacy purposes. 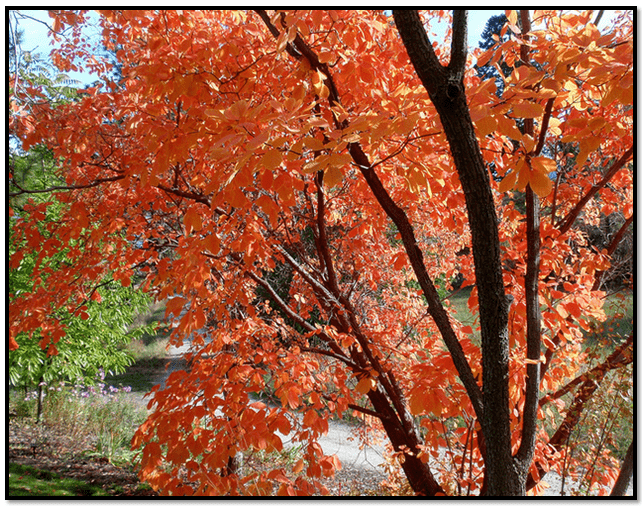 Cotinus obovatus also called cotinus americanus, c. cotinoides, and rhus cotinoides is an American smoke tree/ chittamwood that grows 6 metres wide and 9 metres tall. It grows best in moderate moisture rich, well-drained soil and moderate sunshine. It is adaptable to most types of soil even if they are not fertile. During autumn foliage alternate various colours such as yellow, red, orange, and purple. It has a tree-like broad conical form.

As a zones 5-10 and 7-10 species, cotinus is most common in southern Europe. Cotinus makes for great uses in shrub borders, massing, and for hedges.

They do not require much maintenance to sustain a healthy framework. Their growth can be stimulated with coppicing. The tree or shrub produces a colourful foliate and grows in almost any soil type such as fertile, moist, alkaline, rocky, clay, and drought.

Thank you for reading, and to show us your support please share this article via social media.